The History of the Dairy Practices Council 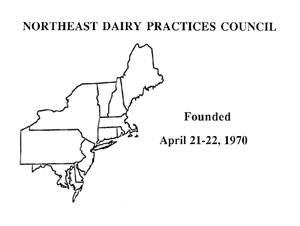 The last 25 years have been years of growth and expansion.  Many changes have taken place, however, the original objectives of “Quality and Uniformity through Education and Cooperation,” with development and publication of Guidelines, have not changed.  Currently, the DPC library consists of over 80 Guidelines.

As a national and international organization, growth and expansion have necessitated the need to update, to reformat and to stay current with industry needs.  DPC has been able to make the transition mainly due to the fact that our Executive Vice Presidents and Executive Board members have been willing to participate in future planning and to maintain a vision for the future of DPC.  They have worked together in a spirit of consensus and cooperation to move forward.

The main strength of DPC is a large core of dedicated members and "key sanitarians" who work very hard and volunteer many hours to author and review quality Guidelines.  DPC membership is made up of representatives of all phases of the dairy industry.  The Council's objective of uniformity through cooperation has to begin with a dialogue between all groups involved.  DPC provides a place for such dialogue to take place.

The Task Force Directors are a key component of DPC since they carry a great deal of responsibility.  They plan Task Force sessions at the Annual Conference, coordinate the writing of Guidelines that fall under their Task Force, and are responsible for the systematic review of Guidelines to ensure each one is current.  Guideline topics often cover material that encompasses the work of more than one Task Force and requires a joint effort between Directors.

The DPC Sustaining Members play a very important role in the success of the organization.  The Council sincerely appreciates their valued support over the years.

The reputation of DPC has always been one of a hardworking organization where members work in the spirit of cooperation to provide a large volume of educational information to the dairy industry.  When Donald George wrote the 25 year history in 1994, he included a statement that needed to be repeated in the 40 year history in 2009, “Much appreciation is extended to the membership for their outstanding dedication to the Council’s objectives.”

Sign up to receive updates and special offers from the Dairy Practices Council.

Is Your Company a Member?

Whether you are an employee of a DPC member company or wish to Purchase Guidelines or Event Tickets as a Guest, you will need to set up an online account.

The members of DPC invite and encourage you to join! By working together, we can achieve our mission to maintain and enhance our industry as a whole.

All membership applications for DPC must be approved by the Board of Directors.